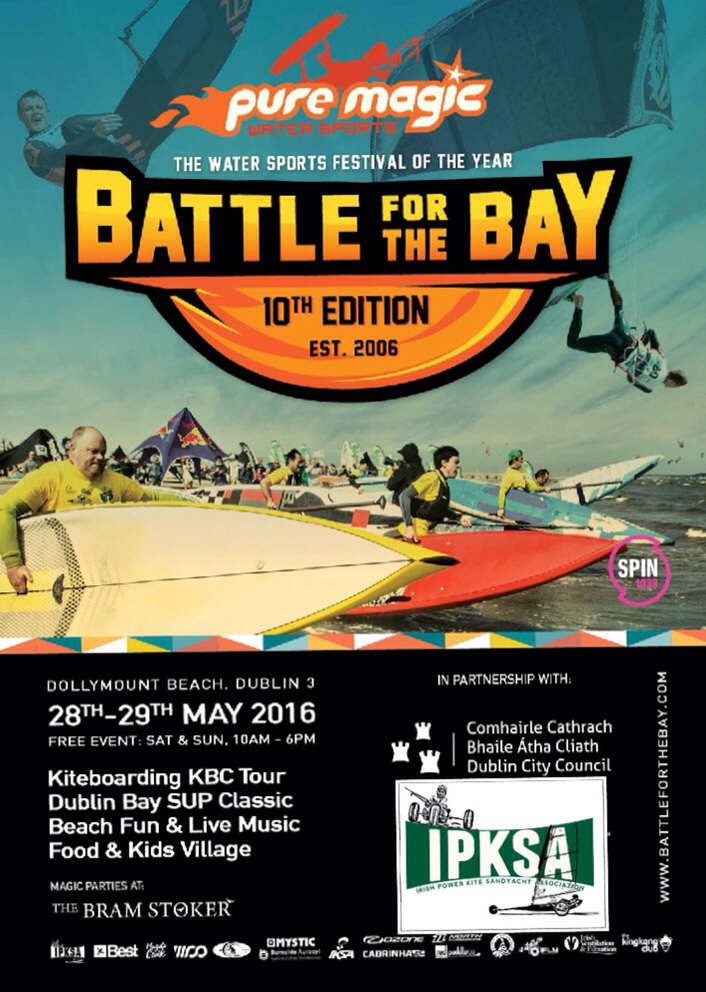 May 28 & 29 IPKSA were on Dollymount Beach in Dublin for Battle for the Bay.

It was fun fun fun …. around 200 people got to try sandaychting over the weekend, did you?
If not dont worry, watch our Facebook page IPKSA forum, for the next chance to try it.

After a very successful 2016 Kerry trip it’s now time to head to The Capital City for some fun.

See you on the beach …

Between these event dates members meet and sail/kite together almost weekly at other locations around Ireland. See IPKSA on Facebook for those details.