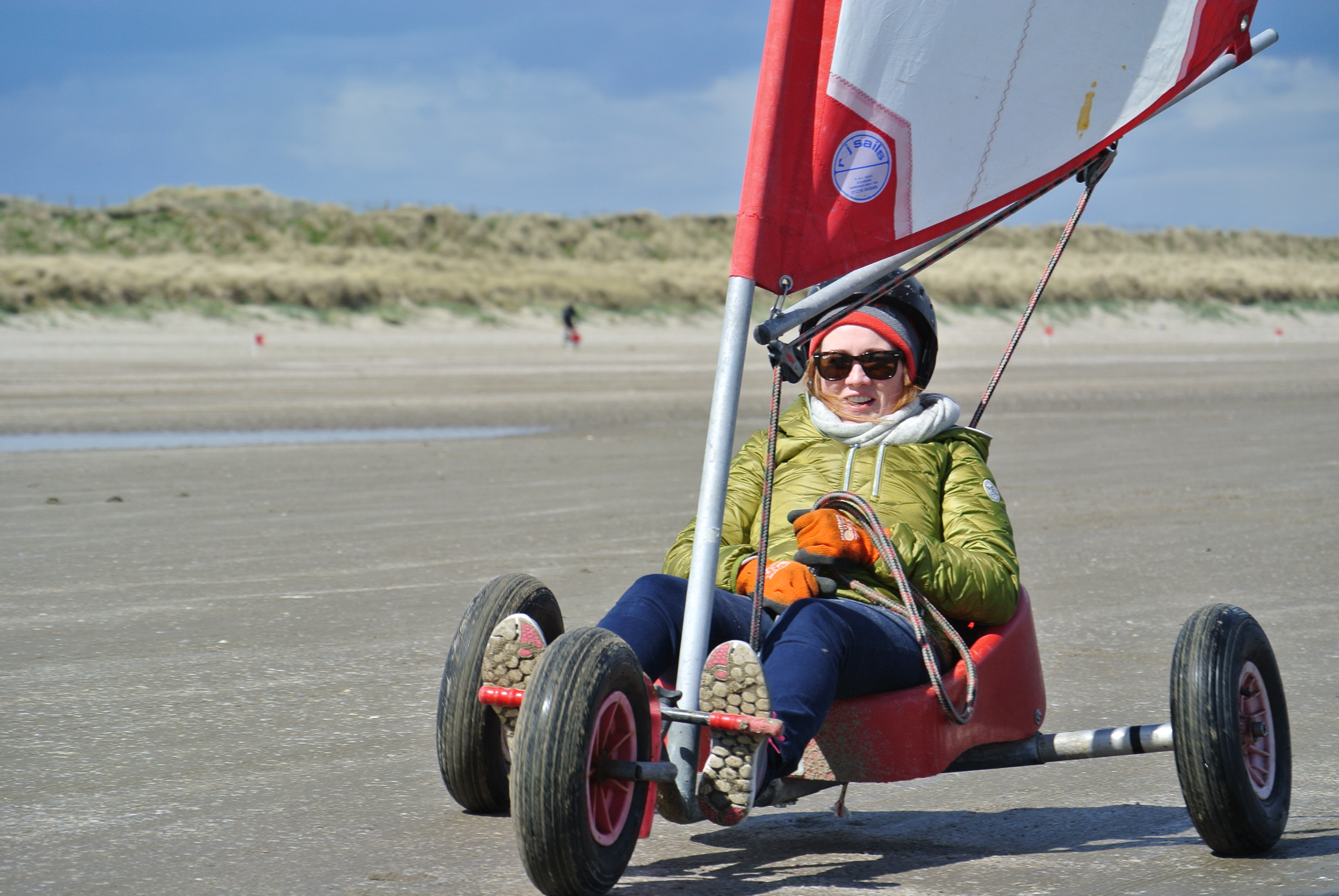 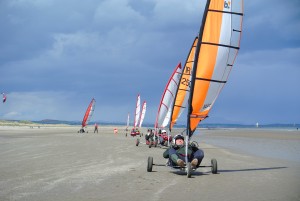 Throughout the weekend there was a constant stream of enquiries and people wanting to avail of the taster sessions, in both the miniyacht and kite buggy classes. What was interesting was how the number of ladies participating in the taster sessions outnumbered the men by about 3 to 1 !   As IPKSA wish to build both Male and Female Teams to represent Ireland in the 2017 European Landsailing Championships ( which are being held in Ireland- Bettystown , Sept 2017 ) this is great to see.

On Saturday the training and introduction sessions were a blast for all involved and the Saturday night social was another of those memorable jovial evenings that leave a lasting memory.

Following a quick litter pick of  a section of the beach members headed off for a rest before the evenings activities.

Congratulations to Tom Leonard who was elected IPKSA President for a two year term, Tom is an enthusiastic and committed Sandyachter who has represented Ireland at both the World and European Championships in the Class Standart monotype sand yachts. Toms enthusiasm and leadership will no doubt help grow our sports and further establish IPKSA as a serious contender in the landsailing world. Tom is also a recently appointed committee member on ISSA, the International Standart Sailing Association.

Following the AGM members, friends and family met in in Delfino Bay Restaurant, in Laytown where following a superb meal they then retired to Gilnas Cottage Inn for an evening of fun and entertainment as has become the social routine.

Sunday the Kite Buggy races proved to be fast and spectacular with the results determining the final overall positions for the 2015 -2016 Irish Championship. The final outcome was decided after three races and congratulations to the podium finishers and all of those who competed in the Class 8 (kite buggy) series.

Congratulations and well done, all 3 podium finishers are now keen to train up their potential successors.

In the Miniyacht Fleet there was great competition and an excellent entry of various types of mini sandyacht.

The Mini yacht fleet had 5 races on Sunday and all the best observation one could make of those was smiles and giggles all round seemed to be a requirement.

Our next gathering is on Dollymount Beach in Dublin on 28th & 29th May when we take part in Dublin City Councils Battle for the Bay. The weekend will be given over to facilitating taster sessions for those who wish to try the sports, so pass the word and see you on Dollymount beach. 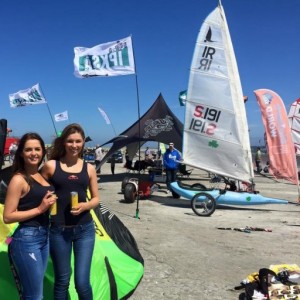 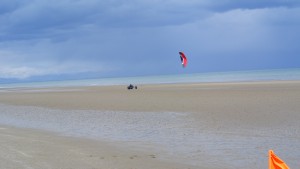 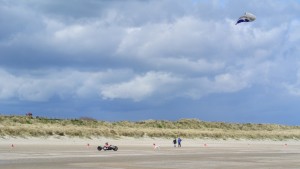 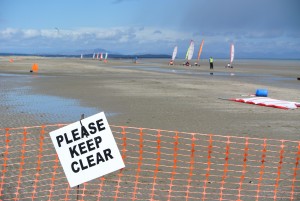 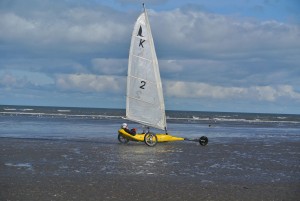 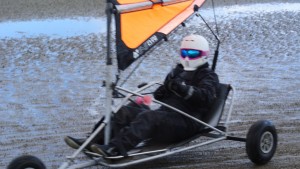 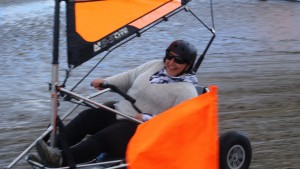 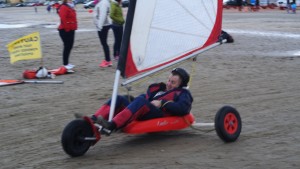 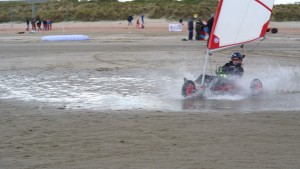 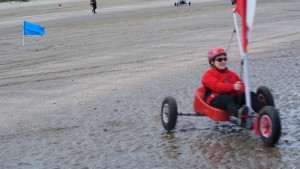 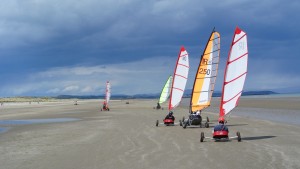 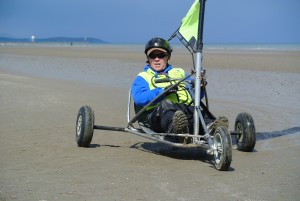 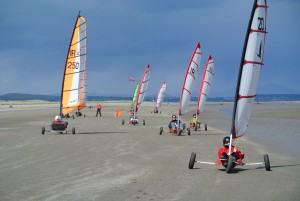 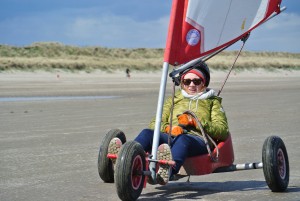 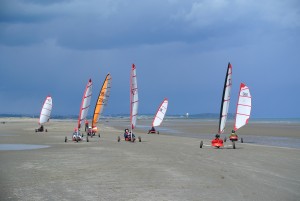 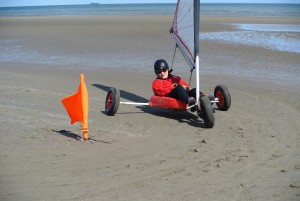 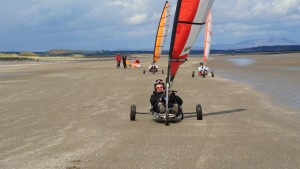 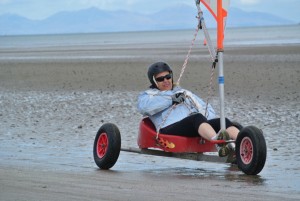 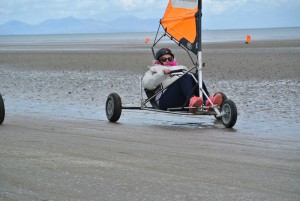 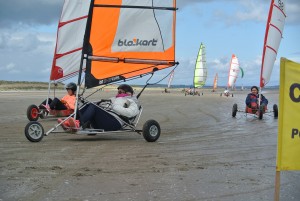 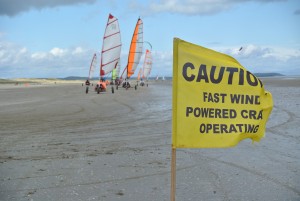 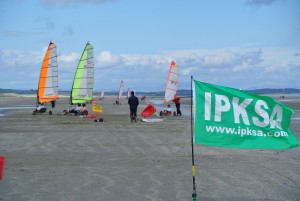 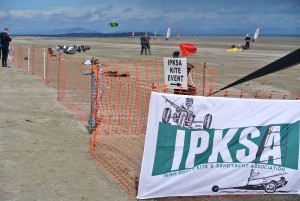 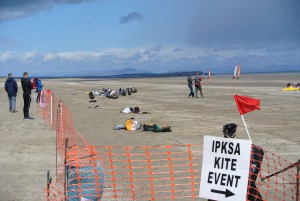 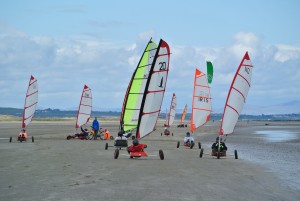