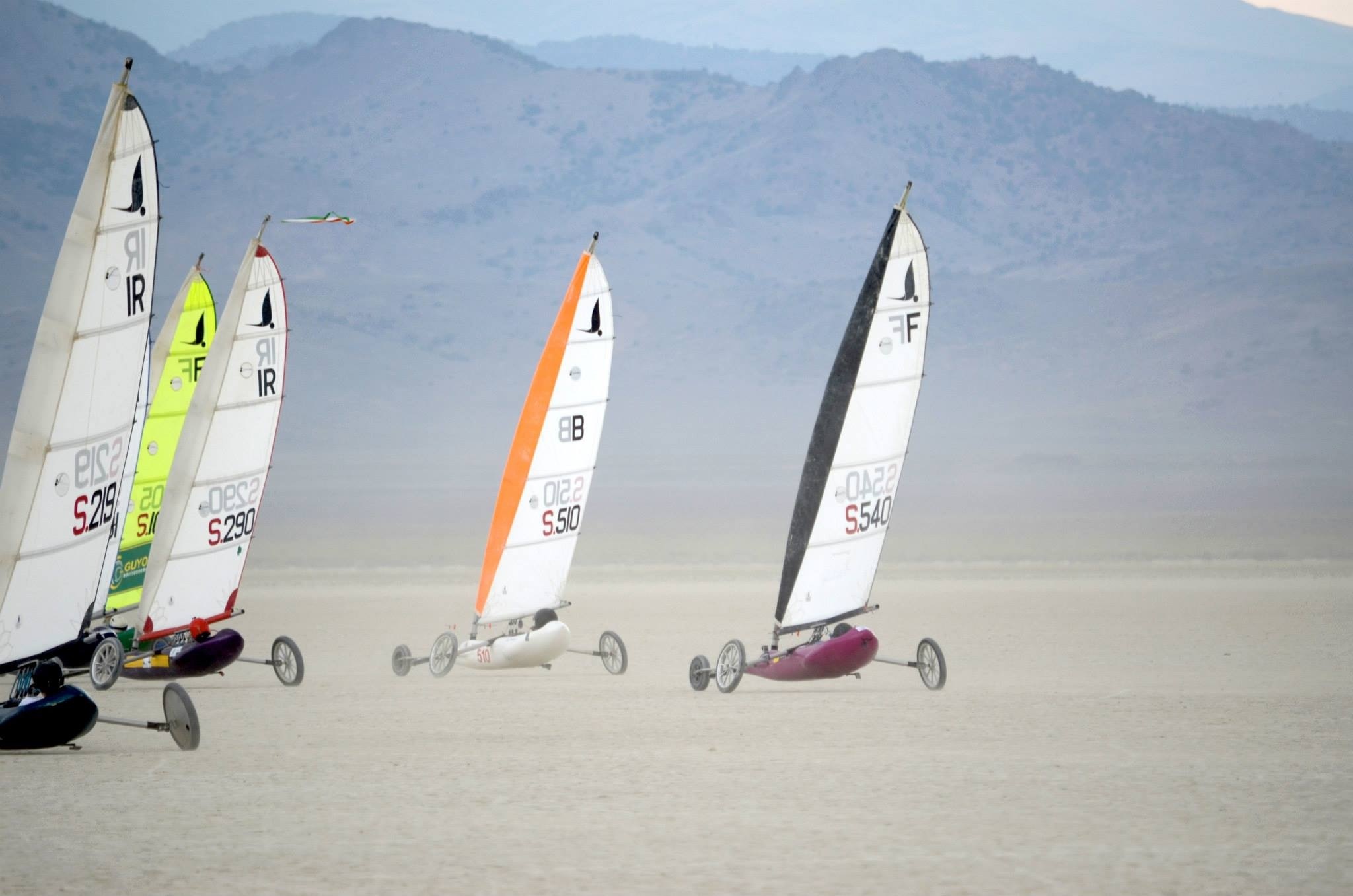 These are Irelands first World Championship Medals since 1983 !

The FISLY Championship ( Federation Internationale de Sand et Land Yachting – The World Governing body since 1962) was hosted by NALSA (North American Land Sailing Association -1973) on Smith Creek Playa Nevada 12 – 20 July.
[youtube id=”Enter video ID (eg. Wq4Y7ztznKc)” width=”600″ height=”350″]
Colman Billings won a Bronze Team award in Class “Manta Single” and  Alan Watsonwon Bronze in the “Standart” Class Team awards. Double Olympic Gold Medal Sailor Shirley Robertson competed in both classes against Colman and Alan. Shirley and her CNN Mainsail TV film crew attended the week long event to make a Mainsail feature programme on Landsailing which will air in August 2014.
World Landsailing Speed Record holder Richard Jenkins also competed in the event alongside landsailors from 16 countries and 4 continents.
Alan and Colman are members of the IPKSA  who along with other members help to teach the sport to beginners and assist in the holding of competitions and events on beaches around Ireland during the winter months.
Colman competed in ” Standart” Class, “Promo” Class and “Manta Single” during the event and Alan who is the newly elected President of the World Governing body FISLY and is also President of the International Mini 5.6 Sandyacht Class Association competed in “Standart” and “Manta Single” Classes.
.
Ireland last held an International Championship in 1983 in Newcastle Co.Down.
Press Releases:
http://www.nalsa.org/Worlds2014Pages/news.html
Some International Articles:
http://www.sailingscuttlebutt.com/2014/07/14/landsailing-worlds-dirt-heat-community/
http://www.sailfeed.com/2014/07/invention-trumps-at-landsailing-worlds/
http://www.sail-world.com/index.cfm?Nid=124592&refre=y&ntid=0&rid=4
http://www.chron.com/news/article/Land-sailors-test-skills-nerves-in-Nevada-desert-5631121.php
http://www.pressure-drop.us/forums/content.php?4564-2014-Land-Sailing-World-Championships-Wrap-Up